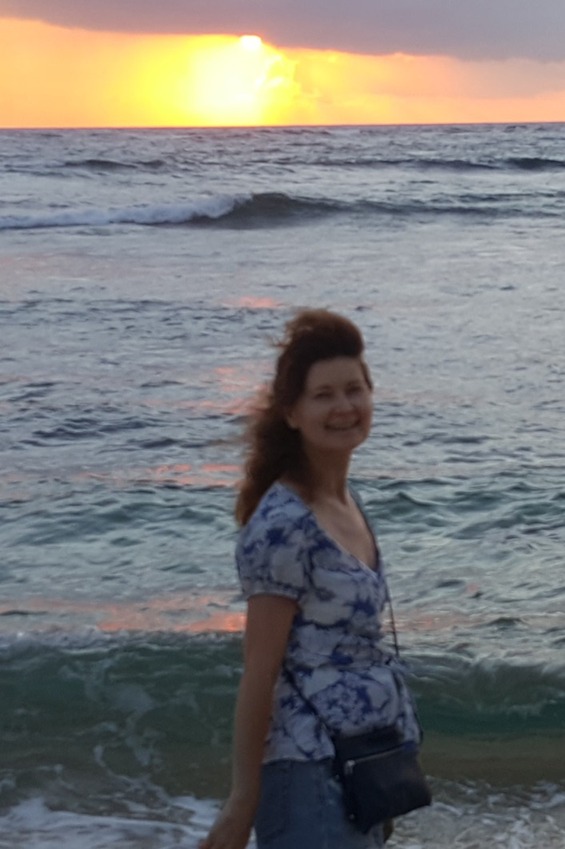 Over a week in, now, and today I finally couldn't remember how many days of vacation were left, so I've reached the hallowed state of vacation mindset, though unfortunately I remembered it was Friday.

Connie, with a little less de-stressing to get done, is already in a totally Hawaii frame of mind, as this pic at sunset along the beach at Poipu, south shore of Kauai, shows.

I'm still working on it, but I'm coming along.

The sun rose and set behind the mountains in Hanalei; here we can enjoy those matchless tropic sunsets that are a balm to the weary soul. 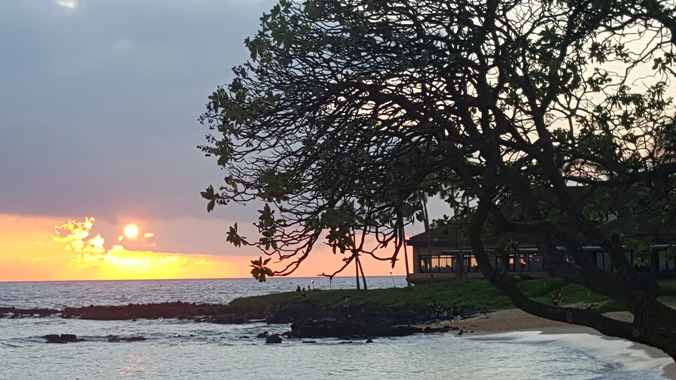 So mellow have I become that this post feels like enough work for this afternoon, struggling with a dying android tablet to do web editing and photo cropping. You'll have to wait until tomorrow for my deathless prose and spellbinding pix of, yes, The Truly Free Range Chickens of Kauai.

And here we are a day later. This pic: 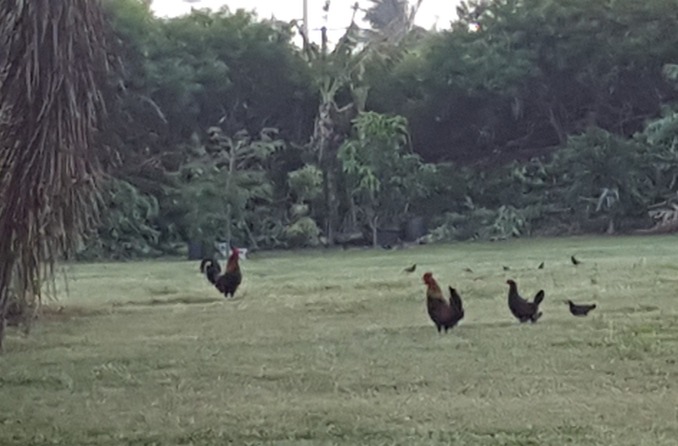 is not from a barnyard. It's just the open area behind our rented house in a half-built resort development that will presumably be another house and yard in a few years. Those chickens aren't owned by anybody, nor destined for a cookpot; at least I've never heard of anybody catching one for supper...not even after they've spent the last two hours before dawn waking the neighbourhood. Kauaians just seem to let them run around everywhere.

Most of the roosters are downright beautiful: 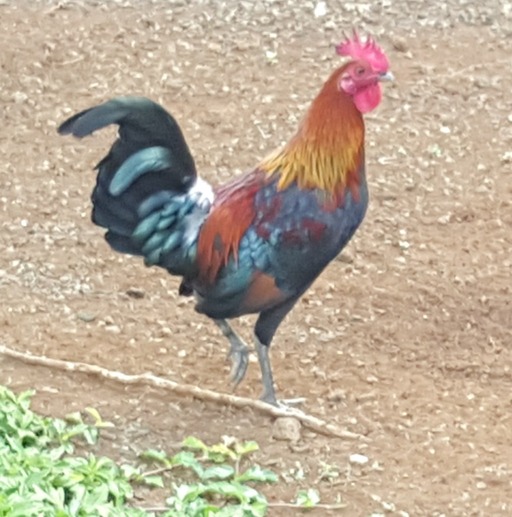 Since I'm here on vacation and don't need my sleep at any particular hour, they're part of the charm of the place. This morning, Connie and I slept through an hour or so of their morning alarms, until one presumably stationed itself right under our window and gave forth a fulsome cock-crow, with a sound like it was in the bedroom. We both jumped...then cracked up laughing.

Virtually all of the movies about "Hawaii" that don't actually have to show Diamond Head or the fleshpots of Honolulu are filmed in Kauai. It's the one that truly looks like a stereotypical tropical paradise. 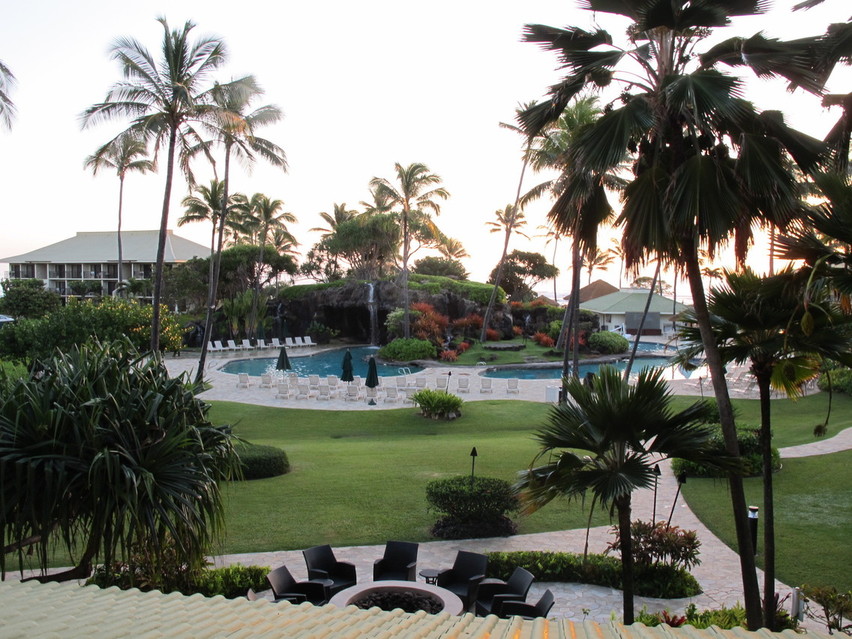 We only spent one night in this pretty resort before moving to an even more peaceful and quiet cottage on the Hanalei river on Kauai's north shore. Famously mentioned as "a land called Honah-lee" in "Puff the Magic Dragon", Hanalei is the last town before the end of the road and the end of America - to the west. We've been here twice before and feel no pressure to explore, tourist, or even swim in the daunting winter surf. I've spent two days now, just reading books, watching paddle-boarders and kayaks slip silently past the cottage on the river, which flows at about 1 kph. It's the ideal spot upon the Earth to de-stress, which I need desperately after the last two months of cleaning up the efforts of over 20 years to hand off to the next generation.

Not to mention, starting to think about the great question in today's title. Which is the end of today's post, because I have no answer. At the moment, I'm reading Gladwell's "Blink" which posits that many complex, difficult questions are answered by the unconscious. So I'm going to relax, which is badly needed, and see what turns up.