Today's Post: The Worst Weapon For the Zombie Apocalypse 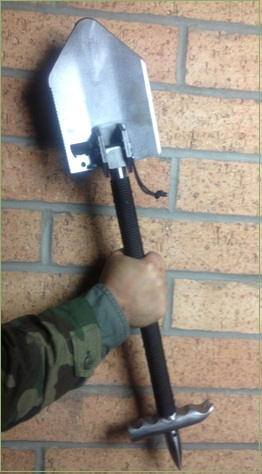 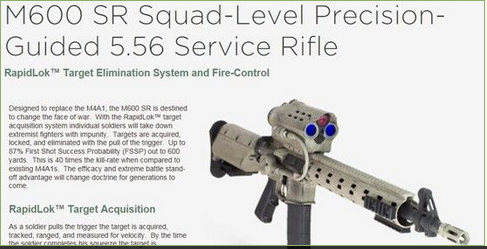 Connie and I have been binging on all things Zombie recently. I really enjoyed Max Brooks' "World War Z" last winter (basically unrelated to the movie and much recommended). We tore through Walking Dead seasons 3 and 4 in the last several weeks and are now racing through season 5. Last night we took a look at Fear the Walking Dead, which started pretty slow but deserves a second chance.

All this undead-slaying mayhem tends to make your fingers itch for a good anti-zombie weapon. The crucial matter if you get a crowd of them is rate-of-fire; if you can't take out one every few seconds, they're going to swarm you under. So this is where you need good weapons.

World War Z is invaluable weapons discussion; Brooks put some very good thought into that and "invented" the "Lobo",for when it gets down to hand-to-hand. Actually, the "lobo" was invented by soldiers in past wars: they found that their standard little shovel was a fine close-combat weapon if you sharpened the end. [I was seriously thinking of ordering a Lobo (well, the "Crovel Extreme III" seen at left, $149), until I recalled I now live in the real world, where they look silly on the wall.]

Since Americans are obsessed with guns, this has undoubtedly created a huge discussion area online, with megabytes of text devoted to championship of one gun model or another. I say "undoubtedly" because I'm not that far gone, I haven't looked. Besides, I know nothing about guns and couldn't follow the discussion.

However, I believe I've found the LEAST useful weapon for the Zombie Apocalypse. It comes up in this fine bit of "news" from Fox News. Some gun manufacturer is giving them away to anybody who'll go fight ISIS.

...it's obviously a promotional effort in the guise of politics and Fox is happy to give them a free ad; half the "news" story is about the amazing properties of the weapon. It's like some kind of magic supergun that practically fights for you, until I got to:

As a warfighter pulls the trigger, the target is automatically acquired and tracked. The range is also calculated and measured for velocity. .... The M800 also has an operating time of two and-a-half hours before needing to switch out the dual lithium-ion batteries.

Two and a half hours, then you're holding a paperweight...and they're still coming. Nightmare. Terrible weapon for those fearing a Nuclear apocalypse, too...since all of those start off with an electromagnetic pulse that turns your computerized gun into a paperweight that doesn't need batteries.

I have to say, this sounds like a terrible weapon even for your modern wars where you're zipped to the action in cars or helicopters. That 2.5 hours just seems awfully short if the evac people can't get to you on schedule.

Again, I'm no expert, but I think I know what I'd want around for the zombie apocalypse even from simple knowledge: Your basic .22 squirrel rifle. With a WW1 bayonnette fixture.

Zombies don't seen to need a BIG bullet to get killed, so you're best off wtih the smallest available. Apparently 10,000 rounds of .22 ammunition is a mere 75 lb, and it's around everywhere. You can also get .22 pistols that can share the ammo. And the bayonnette means that you switch seamlessly from shooting to forehead-poking when they close in.

Anyway, I'm sure you're all fascinated and this is really valuable information...if you ever find yourself on the wrong side of the TV screen. Well, I must get to my workout - have to stay in shape somehow when you Watch Too Much TV. Happy Saturday, everybody.